Is your company’s management board made up of eight men out of ten members, whilst the decision-makers in your consumer base are eight women out of ten members? Is your ecommerce website and user experience (UX) designed by a male web developer, while your ‘lookers’ and ‘bookers’ are predominantly female? Is your head chef lovingly drawing up a menu with eight dishes out of ten based on animal protein and featuring enough meat to make Christmas dinner look like a light picnic? If so, think twice because, chances are, you are missing out on something.

Recently, I found myself shopping for a new laptop and soon ended up in a large specialised retailer with dozens of models on display. The first thing that stood out for me was that 95% of the laptops were black. Sigh. The second: they all bore an information card with price and several technical specs.

My main concern, because I am constantly travelling, was, instead, the weight, but not one model’s information card mentioned it. So, I started going around using my smartphone to check weight and colour options. In the background, another lady – apparently a journalist from a national TV network – was going through exactly the same process, insistently asking the sales guy, “What’s the weight of this one?” and “Are there other colour options?” Needless to say, I ended up breaking the budget and buying a MacBook – 900 grams of lightness – in the gold version.

The topic of ‘gender differences’ is one usually kept at arm’s distance as being a tricky territory, full of dangerous traps and slippery slopes. Research on gender differences is swiftly dismissed as leading us outside our comfort zone, defined by those vast words ‘individuals’ and ‘consumers’.

For decades, we have focused, and rightly so, on ‘gender equality’, on how similar the genders are, and how they must be dealt with the same – until we try, as men and women, to shop together at the supermarket, and realise that we follow very different patterns, indeed, even exploring the physical surface in opposite ways.

Fact is, the very just and non-negotiable cause of gender equality – the right to equal treatment and opportunities in the workplace and society – has nothing to do with gender marketing. This, instead, preoccupies itself with how differently females and males receive messages and make consumer choices.

Each brain is a unique mosaic, and there is no such a thing as a ‘male’ brain or a ‘female’ one, but many scientists tell us that nature wants us wired a bit differently. The corpus callosum (the connection between the left and right sides of the brain) is, on average, thicker in women (this allows, for example, faster interactions between the two ways of thinking: logical and intuitive). On the other hand, there is often a stronger bridging between the front and the back of the brain, which governs the route between perception and action, in men.

Understanding gender-specific likes and dislikes does not mean falling into bias and stereotypes. It just means acknowledging decades of research consistently pointing to different purchasing behaviours and different responses to visual communications, and it may be very beneficial to companies to bring this consideration into the open and encompass it at full title in the strategic thinking of the business.

Women shop differently to men. Males are intrigued by the kind of product technical specifications that are, to women, only mildly interesting and, over a certain point, probably plain annoying. Women want to know what the product does.

Professor Gloria Moss, in her book Gender, Design and Marketing: How Gender Drives our Perception of Design and Marketing, investigates many aspects and differences, from colours to geometries and visual-spatial skills. Men feel at ease with dark colours and linear looks. Women are more likely to be drawn to bright colours and an artistic interpretation of visual contents, and, incidentally, polka dots.

As men are, on average, taller than women, differences in visual-spatial skills are the biggest cognitive sex difference and extremely well validated in psychology literature.

In terms of communications, Lorna Stevens, marketing professor at the University of Ulster and an expert in gender marketing, points out how women engage more at an emotional level with a narrative or an image, where men focus more on plot and action.

When it comes to household decisionmaking for holiday choices, whilst the final decision-making is, in the majority of cases, a joint one – as well the setting-up of the budget – it is usually women who initiate the conversation about holiday choices and who carry out the bulk of the preliminary research and information-gathering, and women are back in the driving seat when it’s time to carry out the booking. From data analysis of hospitality online bookings and call centres, I have observed a bias in favour of women carrying out the enquiries and the booking in as many as 70% to 80% of cases.

Our industry’s vast anecdotal evidence tells us that women are, in the majority of cases, the organisers of leisure time and holidays. One Australian tour operator jokingly declared some time ago, “A lot of men wouldn’t go anywhere if women didn’t organise it.”

THE BRAVE WHO DARED TO ‘THINK WOMEN’

Avoca is one of the most interesting and successful case studies in the retail scene in Ireland and – interestingly – illustrates the gender marketing approach. Already back in the 1920s, when the three Wynne sisters inherited the renowned mill, they decided to introduce two innovative elements to the weaving business: colour and design, via cooperation with the renowned Italian designer Elsa Schiaparelli. The Pratt family, who acquired the company in the 1970s, relaunched the activity, developing it as a progressive, multifaceted business, with gardens and nurseries, food halls, and the retail concept of home wares.

In any of the Avoca stores, you are welcomed by a joyful symphony of colours, shapes and suggestions, nicely conjuring together to engulf the visitor in merchandising led by tactile invitations, uplifting flowery patterns, and elemental notes. Somebody in the Pratt family identified and brought to life the hygge trend of cosiness and pleasure in the little things and the domestic environment, well before that word became popular. Overall, the entire concept is unapologetically feminine.

In essence, what the Pratts’ decor and merchandising achieve is the recreation of a tasteful, uplifting decor, deeply connected with nature and natural themes – essentially, invite a visitor in and turn her into a happy, spending customer, and that, really, is what retail and hospitality is about: my customer, my guest. That is experiential retailing – the Holy Grail we are now all after.

Avoca was perhaps the first – certainly the most successful so far – at reinterpreting the food scene in Ireland, creating a range of tasty and nutritious salads, quiches and timbales that put all things nature under the spotlight, featuring herbs, legumes and vegetables in their glory.

The entire concept reveals a knowing female hand, and it struck an immediate chord with the female market, who have been frequenting and inhabiting Avoca’s lands ever since, with an assiduity that should have earned some of them a sort of honorary citizenship for the amount of time spent around the upcycled wood tables, sipping infinite coffees.

Avoca’s loyal customer base built up its success, leading to a resounding €60 million sale to Aramark in 2016.

While ‘ungenderedness’ has emerged in recent years as a strong trend amongst millennials and Generation Z, with Zara immediately piggybacking the demand and offering a ‘gender neutral’ range of clothes, L’Oréal offering mascara for men – manscara – and advertising agencies decreeing the end of gender-specific marketing, I advocate not.

Professor Moss, asked to comment on the point, also maintains that there is little evidence of “gender fluidity” in her studies on how marketing and design are received by gender, with a solid 70% of each gender conforming to the patterns observed in her research.

Every time cultural evolution touches some elemental nerves of our identities, a counter-reaction soon takes shape and manifests itself. In this case, the subliminal push-back against ungenderedness by millennial male communities took the form of, for example, beards. Within a couple of years, young millennial males around the globe had grown thousands of masterbrewer- like beards, making urban landscapes and slick offices look like lumberjack gatherings. We are now at the end of that trend, which, by the way, intertwined neatly with the tumultuous growth in men’s grooming-product sales in recent years.

Even though there is no doubt that gender does not define identity any longer – which is as it should be – fine-tuning our product specs, business models and communications with matter-of-fact gender-specific preferences will only bring reciprocal benefits to producers and consumers, and nobody offended. 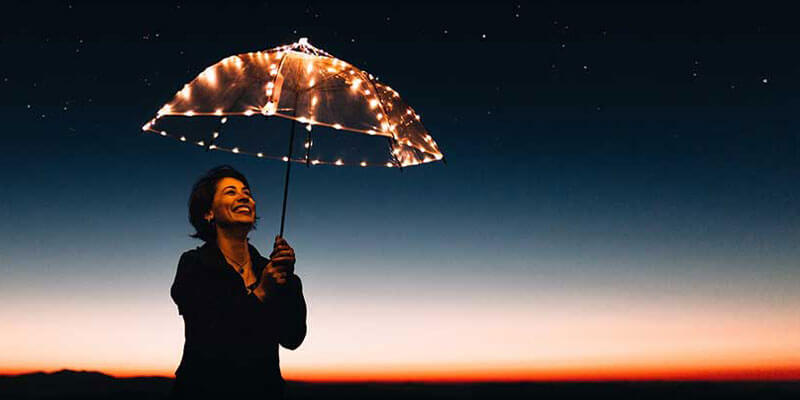