The weather, the day after tomorrow

We believe what we see. In our scattered attempt to make sense of things, we can read volumes of statistics and reports, or we can observe anecdotal evidence around us, joining the dots and drawing our own conclusions. Ideally, we should do both.

We believe what we see, but, sometimes, even seeing is not believing. If the evidence laid bare in front of us does not fit with “what we know” and what we were told to trust, we shut down the receiving end of our brain in order to keep playing the game we are familiar with. The problem is, if the game has changed, we are left playing at the wrong one.

In the matter of climate change, the realm is so complex that we surrender opinions to the hands of experts and scientists to conduct researches, interpret data and release verdicts on where we stand and where we are heading to.

This is called “asymmetry of information,” where the general public entrusts a knowledgeable group of the community to lead the way. Unfortunately, in this case, what the experts have been telling us for a good couple of decades was not to our liking. So we chose to ignore it.

Facts and evidence: getting dressed up for the Titanic’s ball.

Facts and evidence are cropping up at a relentless pace, some so shocking that we should all marvel at the way government leaders and policy makers can head for their daily routine without the urge to take action.

Within the span of a few decades, we have managed to increase the global mean temperature enough to melt nearly one million square kilometres or 620,000 square miles of the Arctic ice cap. Monitored by NASA since 1978, this represents more than twice the size of continental Europe, and melting it will thus reveal the same amount of extra soil or water surface to the sun.

This acts as a driver of exponential further warming, as the sun rays penetrate a dark surface far more readily than on white one. Where ice used to reflect rays, soil/water absorbs them, thus increasing the rate of global warming. The issue is easily explained with the example of the toast: when you flip a slice of white bread in the toaster, the time it takes to turn it from white to golden is the double the time it takes to turn it from golden to brown, and the time from brown to burnt black half again. This is called the “exponential” rate, as opposed to “linear”. In the ice cap case, revealing so much soil and water surface is acting as powerful accelerator of the melting speed. We are going to end up like that toast.

Beside loosing surface ice, the remaining Arctic sea ice coverage has lost, in the last 30 years, over 40% of its volume, diminishing in thickness from 3.1 metres average to 1.8 mt. This, in turn, dramatically accelerates the ice dissolution, pouring millions of gallons of fresh waters into the oceans.

The acceleration of the process is represented in the most recent stats: 17 of the 18 warmest years in the 136 record period have occurred since 2001, with the Arctic recording a surprising +3.5C increase in 2016 since records began in 1900. We all remember that, at one point, in winter 2018, the temperature, there, was 20C higher than it should have been at that time of the year – disrupting the weather patterns of the entire northern hemisphere. Peter Wadhams, eminent professor of Ocean Physics at Cambridge, believes an ice-free Arctic will occur one summer in the next few years, and that it will likely double the warming caused by the CO2 produced by human activity.

Extreme weather patterns are occurring everywhere and with increasing frequency and intensity. The incidence of category 4 and 5 hurricanes increased in frequency respectively 45% and 87% in continental United States in the last three decades, whilst deadly heat waves have tripled in frequency in the last decade alone. California has suffered, in the six years between 2011 and 2016, the worst draught in 1200 years (yes, you are reading this correctly). Followed then by three months of torrential rains in 2017 where it rained 228% more than average.

United Nations Intelligence estimates that by 2030, over 47% of the global population will be under severe water supply stress.

Last summer, northern European countries broke all records for persistence of high pressure, with heat waves already more than 5 degrees warmer than the average hottest days in the three decades 1981-2010.

As I write this article, Italy has been devastated by multiple waves of extremely violent storms for which we don’t even have a name yet, with winds at 200 km an hour that have left the country to pick up 14 million fallen trees in century-old forests, with 32 deaths in one week.

All records have been smashed. Still not enough to make your head turn?

The IPCC, gathering scientists and climatologists of over 100 countries, has just completed their assessment and released their report (8 oct 2018). The report is titled “Global Warming of 1.5 C°. Special report on the impacts of 1.5 C° above pre-industrial levels”, and it makes for a sobering read.

The scientific lingo, dividing each agreed qualifying point into “medium confidence’ or “high confidence” barely masks the difficult tasks of negotiating consensus amongst so many countries gathered, yet still delivers a shocking picture of our situation.

Just so that we are clear on one point: we have already reached a +1.0 C° of warming above pre-industrial levels, due to anthropogenic activities, and we are en route to achieve 1.5 C° increase in the next decade. Whilst the current warming has already instigated numerous disruptive weather patterns and damage to the ecosystem, 1.5 C° would cause devastation, and is possibly a no-return point. The good news is that, according to the report, we can still limit the increase to this level. The bad news is that this would require a draconian cut of 45% of all Co2 emissions by 2030. If you consider that we are still rowing in the opposite direction, with global carbon emissions increased by 2% in 2017, you can see where we stand.

When the public reads that we are talking about “+1 C° in global mean temperatures, many can not imagine that this small figure contains an infinite and intricate number of corollaries driving impacts on all ecosystems and modifying the balance in so many ways. Sea levels rising, extreme weather patterns, desertification of lands at hot latitudes, loss of climatic ecosystems for hundreds of living species.

About half of the world’s coral reefs, for example, have died in the last 30 years, due to higher water temperatures and acidification of ocean waters. Each day, over 150 species of animals and plants become extinct, a rate that scientists estimate as being 1000 times higher than the “natural” rate.

For a couple of decades now, environment awareness themes have been slowly let out of jail of the “niche interest” for grunge nerds and pauperism believers. The notion that we are consuming our planet at the speed of hungry locusts is finally percolating into public opinion. Climatologists reiterate their messages, but are often too concerned about not sounding overly-alarming. That would not suit the general ‘feel good’ factor. Better soften the message, coaxing policy makers to take action without causing public disconcert and fear.

Someone in Cumbria University recently got fed up of using balanced tones and obscure scientific terms. Prof Bendell believes that the IPCC have been woefully cautious in formulating their prognosis. He is of the opinion that we have already breached the no-return point, and are in for dramatic consequences. And he wants us to know. In his paper “Deep adaptation: a map for navigating the climate tragedy” he focused on the most recent data (post 2014) to observe that these are consistent with a non-linear acceleration. According to his modeling, the rate of disruption has now become exponential. This has high probability, says, Prof Bendell, of causing devastating consequences, and not in the far future, but in the next decade. His paper was refused publication for using “non scholarly language”. He then proceeded to publish it himself.

Hollywood has treated us many times to the narrative of the maverick scientist who has the guts to speak out against the mainstream, only to be ridiculed by the authorities. Until, of, course, events prove him right.

Bendell is not alone, alas. He is part of a circle of eminent academics and scientists who believe it’s time to take the gloves off. This is not about a public appeal to act on the escort of “the power of one” – switching off lights and washing dishes by hand to save energy and reduce Co2 emissions. As 71% of total Co2 emissions in the globe are caused by 100 corporations, well, if we want to make an impact, and fast, that’s where it needs to start.

Ireland’s climate future, in sci-fi, (or maybe not) A theory I have always found fascinating in the matter of climate change is the one underpinning the plot of sci-fi movie The Day After Tomorrow. In a nutshell, the melting of the ice cap pours tons of gallons of cold/soft water in the ocean, and this dilution suddenly brings the Gulf Stream (AMOC) to a halt. This current is, as we know, what keeps England’s and Ireland’s temperatures way above what their physical latitude would dictate. In case you hadn’t noticed, Dublin is at the same latitude as Minsk, Belarus, and Cork as Irkusk, Siberia – both nested at 53 and 52 parallels latitude, and the average winter temperature there is minus 20 C°.

The startling simplicity of this theory makes it easy to understand and convincing at the same time. Too easy to be true? The scientific journal Nature has recently published two studies pointing exactly in this direction, revealing that the precious warm current has already lost 15% of its traction. Although Dr Thornalley, one of the two scientists involved in the studies, estimates only a 5% of probability for this scenario to materialize, he also admits that the models in use need to be profoundly revised as the changes are occurring at a faster pace than expected. Which brings us back to Bendell and his sounding the alarm bell for the exponential pace of change occurring in the last few years.

For all those who were under the wishful illusion that, should the global mean temperature keep increasing, Ireland could actually benefit from, say, a 10 C° boost, I am afraid that if climate change is not reversed we could be in for the opposite scenario – a chilling one indeed.

But any good business owner is always ready to spot opportunity, right? So let’s start planning our brand new state-of-theart ski slopes. We would hold an unquestionable competitive advantage in the apres-ski, where our famed pubs would only need to update the décor, replacing Guinness Gilroy animals with stuffed polar bears heads. And to bring you home, the old horse-and-cart can be easily turned into a horse-drawn sleighs. No drinking & driving under any circumstances. Not even in the desolate landscape of an ice age. 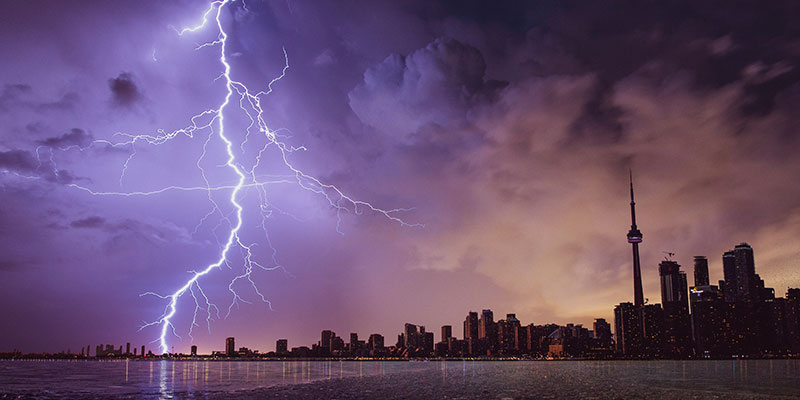