“This [money] is creating a landscape of global gladiators, ready to conquer and consolidate entire industries, eradicating competitors from every corner, until only one will remain standing”

When it comes to start-ups conquering an industry, Valentina Doorly says, like Highlander, there can be only one.

Being a venture capitalist has never been a tougher job. Unicorns tend to be limited in number and have the disappointing tendency of appearing at the same time, in the same industry space, in different parts of the world. They also show a bellicose temperament towards one other, each one aiming for global domination.

In the age of oversupply, finance is no exception. Right now, an unprecedented amount of money is chasing the precious animals around the globe, foddering them with disproportionate volumes of capital. This is creating a landscape of global gladiators, ready to conquer and consolidate entire industries, eradicating competitors from every corner, until only one will remain standing. And will rule.

Every century is divided in economic, cultural and scientific ages where the unfolding of events and discoveries determines a unique collective feeling and perception of time. Each age proceeds at its own pace.

For those belonging to the pre-Millennial age band, with Abba’s songs still echoing in the remote cortex part of the brain, time had a balanced and reassuring pace. Industries emerged and took shape in time. In fact, the consolidation curve of most new industries took 25-30 years to accomplish.

After a first round of ruthless consolidation, the top three to five companies control between 35% and 70% of the market. In a second phase of consolidation, having focused on their core business and made strategic choices, global players emerge.

Their global market presence raises high barriers to entry in the market for new players and interesting start-ups are crushed, conquered or simply, emulated and beaten on the route to market as the global players control the distribution channels.

Finally, in the latter stage of industry consolidation, the top three companies claim as much as 70% to 90% of the market, often establishing an unchallengeable cartel of control.

If we thought that digital would have been a free for all route-to-market, we had better think again

The top ten big pharma companies control 65% of the global sales in pharmaceuticals. The top four UK grocery retailers control 70% of the market. In seed and agrochemicals, the two top players, Monsanto and DuPont, control 62% of the global seeds industry.

In the car manufacturing industry the top four players share 50% of the market. and Pepsi alone control 70% of the soft drinks market. The list goes on. According to Forbes, the 147 biggest multinationals currently control two-thirds of global wealth.

It took those companies several decades to conquer and consolidate their markets. But if we zoom in on what is happening in the current digital landscape, where new technology start-ups populate the bustling global rodeo, we find a totally new pattern: the consolidation curve of industry is dramatically accelerated.

From when a new digital industry emerges to when it achieves its consolidated stage, with the two or three top players controlling the majority of the global market, the span of time is a handful of years. In terms of economic history this corresponds to, more or less, a round of golf, and maybe not even 18 holes.

To achieve a globally dominant position, it took Microsoft 15-odd years. It now controls 90% of the global market for operating platforms. Within less than a decade, ecommerce took off, Amazon already controls 65% of the entire ecommerce sales of consumer electronics and the 84% of sales of ebooks.

iTunes controls 64% of the music downloads in the world. Facebook controls 61% of all social media log-ins and, combined with Google Plus, 83%. Booking.com alone controls 47% of all online holiday and travel bookings.

Whilst most traditional industries have achieved market consolidation through decades of organic growth, mergers and acquisitions, the digital landscape dictates a super-fast pace through the four stages of the curve: launch, scale, merger and acquisition/alliance with the few titans still standing.

It took little more than ten years for the online holiday booking digital landscape to consolidate around two players, Booking.com and Expedia, but only five years for Airbnb and Homeaway to leap from founding to being the leaders in the new space, controlling 50% of an industry they contributed to creating.

Programmatic advertising barely existed five years ago. In fact, most marketers haven’t even had time to learn to use it or understand it. Yet, in this new industry, the game is already over, with the four leaders controlling 70% of the global sales. The sheer scale of finance involved, simply dictates the game and its rules.

Uber, born six years ago, is today present in 66 countries and has just received a finance top up of $3.5bn from the Saudi Arabian sovereign wealth fund. In the span of six years, the company value has gone from zero to $62.5bn after having raised a cumulative finance from its investors of $11.46bn. How can you compete with that?

By now, every digital start-up is formed with an acute awareness of the speed and scale of the game ingrained in its DNA. The company’s founding document has not yet even been signed, and an exit strategy has already been decided.

Delta Partners is one of the Ireland’s leading technology venture capital firms. Established in 1994 and with €250m under management, Delta is amongst the most active investors in Europe.

Dermot Berkery, general partner, confirms the challenges of picking winners in an ever-accelerating landscape, where the stakes keep rising every year.

The time window between launch to exit, Berkery explains, is now estimated around six to seven years at most, and if you haven’t seen substantial customer traction in the first couple of years you are only funding losses.

Whilst setting up and testing a concept has become easier as the cost of technology declines and the cloud makes establishment more accessible, the resources required for winning scale have become monumental. And with only the top 5% of companies backed making it to a serious exit, the timing and strategy have become more critical.

To counterbalance the risks, a viable strategy for investments is focusing on start-ups that have an advantage in specific jurisdictions, maybe due to regulatory or legal barriers.

By now, every digital start-up is formed with an acute awareness of the speed and scale of the game ingrained in its DNA

Within this scenario, intellectual property (IP) protection of each and every intangible asset, idea or software plays a strategic role. John Magee, partner at William Fry’s Technology Group, describes the speed with which tech start-up companies are moving from beta phase to exit as “simply phenomenal”. It is not unusual to cover this cycle of life within three years, sometimes even less.

Regardless of exit type, protection of IP is absolutely critical and, in Magee’s experience, is often a factor in overall company valuation. In some cases it can act as a block to a sale process once an issue is identified in due diligence.

There is a perception that protection of IP is expensive – and it can be, particularly with patents – however, for many technology start-ups, core proprietary technology will consist of copyright or know-how (which are free to protect) and branding (which is relatively inexpensive).

While additional costs can and do arise in the event of enforcement of intellectual property through the courts, this can often be avoided with the right IP protection strategy and through negotiation. The message for tech start-ups is simple: IP is your core business asset and it is never too early to invest smartly in protecting it.

If we thought that digital would have been a free for all route-to-market, we had better think again. The supposedly infinite and global exposure in the magic window of the internet search page has turned into an extremely sophisticated game that requires savvy players, and big pockets.

The urban legends of droves of hipsters in garages, wearing flip flops and changing the world by sheer power of intuition and genius always fail to mention the Goldman Sachs intervention six months in, or the eight or ten mergers and acquisitions peppered along the road.

If you are entering this game, you can leave the flip flops at home and come well-armoured, because as The Highlander said, “There can be only one.” 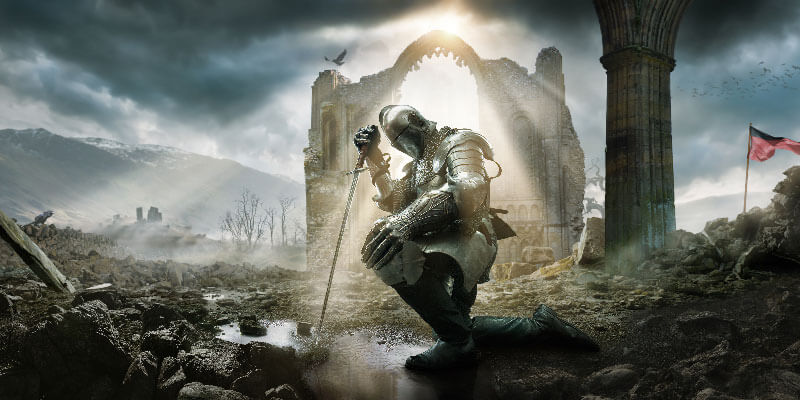