The future of tourism? A stampede.

As the top global destinations struggle under the weight of hordes of visitors the tourism industry needs to self-limit, writes Valentina Doorly.

Tomorrow in London, Ministers of Tourism from 6o countries, and leaders from private sector companies and associations, will assemble at the Ministers Summit, organised by the World Tourism Organization (UNWTO) and the World Travel Market. On the agenda: the challenges of sustainable tourism.

The summit, officially titled ‘Over-tourism: growth is not the enemy; it is how we manage it,’ will address issues such as congestion management, the measurement of the impacts of tourism or the role of the private sector in promoting tourism as an effective tool to achieve the Sustainable Development Goals (SDGs).

In a feature published in the current issue of Business & Finance magazine, futurist Valentina Doorly discusses problems and predictions for the future of tourism:

The first signs that things had taken a wrong turn started to appear about five years ago. A friend, returning from his first visit to Venice, reported that no, he hadn’t liked it. At my jaw-dropped reaction he resolutely confirmed his utter dislike, shaking his head from left to right to express that was it; I wasn’t going to extract any further elaboration on the matter.

The ‘Grand Tour’ – initiated nearly three centuries ago by the first platoons of culture-seekers of the young British elites making their way south from the frigid lands to the sweet and elegant Paris, Geneva, Venice, Florence and Rome – was possibly the first form of typified travel, as well as a rite of passage into adulthood.

The first travellers’ guides illustrated and explained the recommended itinerary, typically written by others from the same English circles. For centuries, tourism firmly remained a pleasure for selected few.

That lucky cream of European bourgeoisie who were treated to porcelain crockery sets with which to sip tea in the middle of the Sahara desert under an immaculate marquee, and on the European and transatlantic flights of the sixties and seventies, would have never imagined that one day tea would be served in a vile paper cup, branded (to make things worse), and to be consumed not savoured.

Little did they know that a man from Mullingar would come along to disrupt their world, hijacking their exclusive holiday destinations to unlock them for the commoners.

Ryanair brought about, willingly or not, a true societal revolution – adding a fourth right to the three acquired by citizens under the French Revolution of liberté, égalité, fraternité: a sun holiday abroad.

A landmass of middle-class citizens would be catapulted overnight to sunny beaches, exotic restaurants and stunning museums, with the addition of hotel toiletries to take home as tokens. The realm of holidays abroad capitulated, within a decade, to the assault of fake tan and pre-packed sandwiches.

The industry of tourism and hospitality is, worldwide, larger than the automotiveone

Under-rated and under-studied, often treated with a hardly repressed smile, the industry of fun – the industry of tourism and hospitality – is, worldwide, larger than the automotive one, accounting for one tenth of global GDP and keeping one person out every 11 of the global workforce in employment.

It shows a relentless growth year on year, decade after decade, undeterred by economic crises, volcano ashes and terrorist attacks.

I always advocate that there must be a parallel for this insatiable contemporary desire of going places with the instinct of discovery held by the explorers of the past. Our funny species, it appears, comes with a lot of unresolved questions; a sort of unquenchable thirst for experiencing more and understanding more that triggers the desire to go and find out.

The global metric of ITA, international tourist arrivals, reached 1,235m in 2016. Europe is the leading destination at global level, with 620m ITAs in 2016. This equates to 51% of international movements; the lion’s share. By 2020 Europe is expected to receive about 700m arrivals a year: twice as much as Asia; three times as much as the Americas.

We consider these magnet cities and heritage landmarks to be the first tier of tourism: the sites that are earmarked as the most compelling and essential visits when an individual, a family or a country gets on the move and enters the scene of international travelling and European visits for the first time. And this first tier of European destinations is about to explode.

THE PARTY IS TOO CROWDED

Venice – a town with, by now, a declining permanent resident population of 50,000 souls – received over 10m tourists in 2016; Copenhagen, with 763,000 residents, accommodated 9m visitors; Barcelona 1.6m residents and 7m visitors. The numbers do not stack up.

A sense of uneasiness is by now omnipresent nearly every summer morning uniting the queues at the Louvre and at the Uffizi, the cobblestones black with bodies in front of the Colosseum, and the marbles of San Marco of Venice and the Ramblas of Barcelona.

As the tourists amass, pushing each other in as if in the Tokyo underground, and the house floors start to creak like a too-crowded party, a rumble of simmering anger is mounting and spreading across the cities and sites under assault.

Local residents have now started taking to the streets, with Venice and Barcelona leading the insurrection and acting against the excessive, untenable, intolerable number of tourists inundating their towns. Not their towns any longer.

THEY WILL COME FROM THE EAST

And yet the real element that will topple the fragile ecosystem, already compromised, has just timidly appeared on the scene: the influx of tourism arriving from China.

Only 3 per cent of the 1.379bn Chinese population currently holds a passport. And yet this has already generated 120m outbound travels, of which 22m were to Europe in 2016. We expect this number to swell by 100m within the next decade, driving a dramatic increase of visitors to Europe: enough to turn the make-up of ITA arrivals into our continent upside-down. How will we cope? We won’t. On the future of tourism a double, easy prophecy looms.

The numbers allowed to access must-see sites and historical centres will have to be capped. Prepare to book your ticket online. This is an imperative for local policymakers and must not be deferred. The alternative laissez-faire option amounts to transforming European prime destinations into a stampede certain to spoil the experience for all and raising possible safety issues.

The second outcome of this monumental numerical pressure on first-tier destinations will be a rapid shift in many tourists’ attention to alternative areas and sites that are perhaps less famous, less impressive, but have an unspoiled, authentic experience to offer. This represents a micro-tourism trend of people exploring people; a slow tourism, more intimate and experiential. It couldn’t be more in line with the anti-globalisation trend.

As far as Dublin is concerned, our capital city does not feature in the first tier of holiday destinations. And anyway, we have found our own peculiar way of turning away people from the city centre by gutting it out with infinite road works and leaving its urban décor to languish in neglect. We could do better than that. 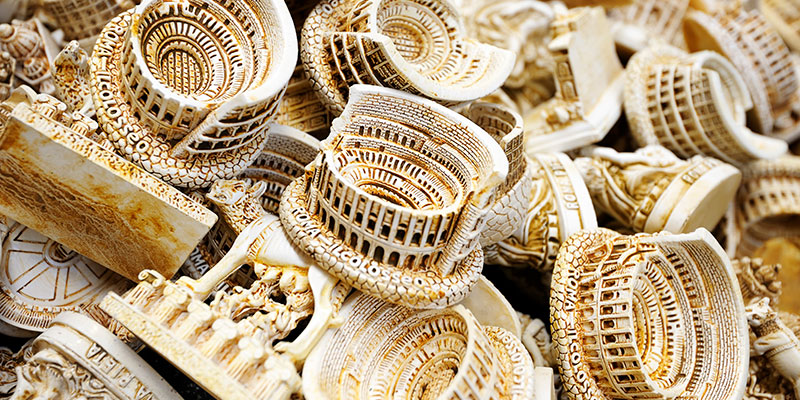 To read the original article: The future of tourism? A stampede. - Business & Finance