OLD IS THE NEW COOL: the rise of “Silver Economy”

When a new macro-trend starts to emerge, shifting from its “formation” years to a public and widely visible manifestation, often a defining moment marks the passage. In this case, it was the DS commercial, a couple of years ago, where the brand ambassador chosen to present the new car model was New York stylist Iris Apfel. Iris, a perky and jaunty 90 years old, broke through the small screen with her unapologetically white hair and carved face framed by bold red glasses and matching lipstick, to provoke the viewer: “Rules? They are just a waste of time”. Not a random statement, note, as per all the shortcomings of the so-called third age,  one sure conquest that comes with it, is a sense of liberation from “must-dos” and “must comply”, in favour of a well-earned right-to-be and right-to-say.

If we take a look at our continent’s population pyramid, this counts on a very substantial landmass of well fed, well schooled and well entertained 511 million people. With one hardly negligible detail: the pyramid is shaping up to be toppled up-side-down. With the over 65 years old growing in numbers by the year and the <14 years old shrinking at an equally hasty pace, we are en route for a demographic revolution.

Whilst the first segment, over 65, has grown to account for nearly 20% of the total, the second one,  only makes up 15.6 % of the European citizens. And it’s just the beginning, with a phenomenal contribution to the silver ranks behind the corner, when the vast cohort of generation X  (now aged 40 to 59 years) will start joining the upper echelons in a decade or so.

While Ireland has gone its own unique way, with even recent baby booms, and keeps topping the European chart of the fertility rate, all the rest of the continent is irresistibly slipping backwards.

In Italy, 25% of women do not have children at all and another 25% have one child. In Germany, 30% of women over 40 years are childless, a figure that rises to 40% amongst graduated women, apparently the highest in the world.

To make things even more extreme, the super-elderly segment, aged  85 or above is projected to become the fastest growing segment over the next decades. Thanks to the continuing increase of life expectancy, currently 82 years in most EU countries, this cohort will grow from representing 5.5% of the population in 2017 to 12.7% by 2080 (Eurostat). Coupled with the underneath age band of 75 to 85 years old that is projected to account for 16.4% of the total, within the span of few decades, several countries in EU will need to cater for nearly 30% of their population aged 75 or above.

The numbers of empty nesters are swelling constantly and graciously fuelling an unprecedented silver economy.  But don’t expect to watch droves of Misses Doyle in slippers carrying around freshly brewed teas. The new retirees have different ideas in mind, especially for their holidays.  Aware and proud of being net contributors to the wealth and economic success of their countries, these seniors are well travelled and discerning customers. Having now reached a new age of freedom, both from financial constraints and parenting duties, they come on stage with a true lust for life and adventures.

Active and fit, with lots of time in their hands and deeper pockets than Millennials and  Generation X,  the silver-hair tourist is prepared to travel many times a year,  nearby and far away. He is prepared to stay longer, more frequently and even return to a destination, offering precious loyalty to a good product and experience. He can travel off-peak, stretching the season’s length,  he is less interested in frills and hyperboles,  he does not discard second and third tier destinations if the proposition makes sense.  A true opportunity for the tourism industry.

While seniors are as diverse as any other segment,  mature travellers share some common thread :

The silver tourism economy will reward several segments and dimension of travel and tourism industry:

Older and bolder: post-baby boomers now want their me-time. After a lifetime of responsibilities, providing and caring for all, having dispatched their siblings to the four corners of the globe in wondrous adventures,  they have had enough of watching and paying the bills.  It’s their turn.  Adventure travelling for senior is seeing an unprecedented increase both in EU and North America. The quest for discovery, lifetime experiences, self-challenges is well documented in the business experience of the adventure travels specialists. In the UK, 40% of over 55 interviewed state it is an exciting time of their lives for adventure travels, and they are looking outside the comfort zone for challenging destinations. Walking the Great Wall of China,  climbing Kilimanjaro or exploring Vietnam only to name a few of the bucket-list items.

Cruising industry: a cliché’,  yes,  now shifting around 27 million passengers a year, having increased their passenger's numbers by a whopping 20% in between 2011 and 2017, this industry has strong reasons to be a great performer on the decades to come. Offering engagement, socialization, convenience and easy access to areas of interest, cruising can confidently expect continued growth in revenue in the years to come.  It is likely we will also see the growth of longer-duration cruises,   literally taking over an entire chunk of the calendar year, bringing the travellers away further afield to areas that wouldn’t have been on the map of international tourism in the past.  Celebrity chefs will enrich the cruising scene for the foodies, and virtual reality experiences will anticipate the visits experience and educate the guests to culture and history.

Off-season movements: Not limited by school calendars, they will travel off-peak seasons,  benefitting from lower prices and helping the industry to spread costs prolonging seasonal activity.   Whilst younger age groups in Europe take on average 21 days off for holidaying, the mature segment spends 26 days in domestic or international holidays.

Second and third tier destinations: well travelled, they have already seen the Tour Eiffel at least twice, if you know what I mean.  They are eager to explore new destinations also second and third-tier ones,  it matters less if of a minor celebrity shine and instagrammability value,  as long as these provide a well-aligned product mix of quality, value for money, authentic engagement with local culture.

Multigenerational groups: while life expectancy brings us well into the 80ies, globalization scatters families all over the world also fragmenting and diversifying the very notion of family itself, hospitality can expect an increased demand from multigenerational and multi-composite family groups. We foresee a growing appreciations for wider rooms,  with interconnecting doors, that will allow to recreate a sense of home-away-from home, where guests can loosely migrate from one environment to the other in their pajamas.

Packaged-holidays-unpacked: organized travel will experience a true renaissance because of the convenient mix of one-stop-shop factor, the assistance and socialization element. However, the packages must offer max flexibility within, offering tailor-made solutions and alternatives at each and every step of the journey. 57% of travellers feel the organized travel should tailor the experience based on personal preferences, personalization is key and is a growing demand. (Google/Phocuswright 2017)

Marketing often feeds itself with reassuring stereotypes: the businessman, the socialite and party-goer, the oh--very happy four-member family. Ha, if life was that easy! Personas are useful, but clinging to stereotypes is dangerous in a liquid and very changeable society. Showing silver-haired people as the deliberate target of marketing campaigns has been a bit of a taboo until recently, with some very poor examples of campaigns that completely misinterpreted how mature customers perceive themselves and want to be portrayed.

Youth is sexy.  Eyes are sparky and confident, muscles are tight and the hair is lush. Yet the over 50ies hold the string to the bigger spending purse in our continent and beyond. They are growing to be a colossal market share and they have the travelling bug. It’s time to engage with them with the appropriate product mix and marketing style, addressing to their mindset, not their age. There must be a reason why all the researches on happiness tell us that the peak of happiness comes in the late 60ies, after the age of 69 to be precise. The reason? Iris must have it: “Rules? they are just a waste of time.” 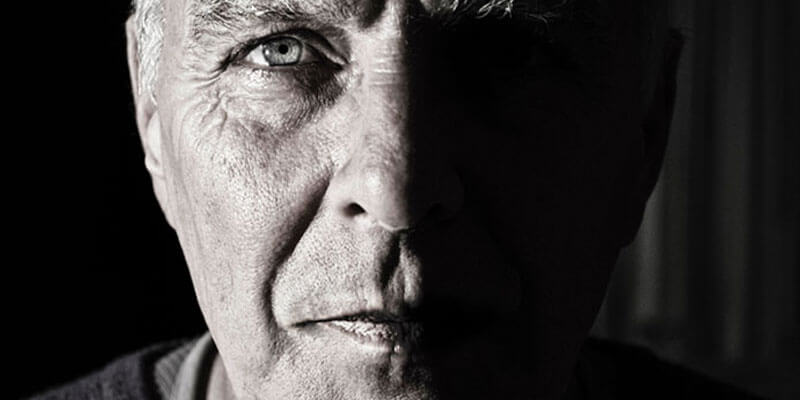